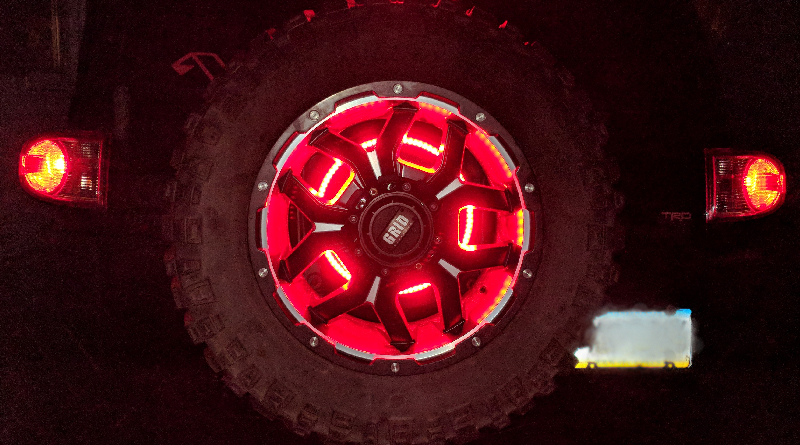 People are always thinking of new and creative ways to utilize LED lights in their cars, and some have started installing them in their tires. This is commonly done for purely aesthetic reasons, to be able to add a personal feel to the car and impress others drivers, turning heads as they drive around. They are used in a wide variety of vehicles, not just cars, such as trucks, motorcycles and SUVs.

LED lights on tires are commonly used purely for aesthetic reasons, as opposed to improving the functionality and safety of the car. That’s not to say that they are unsafe, just that people will install them to show off their cars, often because they have a nice set of rims that they want to catch people’s eyes. A popular modification to tires is the install LED lights on spinning rims, and then as the rims spin they produce a great lighting effect that’s sure to turn heads.

This type of modification of LED lights is not that common, so finding readymade kits may prove a little more difficult. But due to the ease of installing LED lights in cars, most people choose to install and modify their own lights. Many professionals will gladly help you install them just the way you want them. Individual LED lights can be purchased online, and used to make a custom design just how you want it.